The voice of iconic doom titans, IRON MAN, and SPIRAL GRAVE vocalist DEE CALHOUN, revealed the details about his upcoming, third solo- album titled Godless. Slated for a release on July 10th via powerhouse label Argonauta Records, today Dee is not only presenting us the cover art, tracklist and release info about Godless, a haunting and dark acoustic affair, but also a first video teaser!

“To say that I am excited about this album is an understatement.“ Dee comments. “I began writing the songs on it shortly after Go to the Devil was released, and a lot of this was written during some very turbulent times. I think there is a blunt honesty in this record that people will identify with. I’ve played some of these songs live, and the response has been amazing.”

Godless was recorded in Dee’s home studio, The DustBuster in Walkersville, MD. The mastering was done by Doug Benson in nearby Thurmont MD at the Commodore Recording Studios. Dee handled vocals, guitars and other various instruments, while Dee’s Iron Man and Spiral Grave bandmate, Louis Strachan, provided the bass tracks. Dee’s son Robert, “Little ‘Houn” Calhoun, appears on the record with percussion and backing vocals performances.

Get a preview of DEE CALHOUN‘s upcoming album Godless with this first and promising teaser HERE!

Dee Calhoun began his musical journey nearly 40 years ago, and first appeared on record in the late 1980s. Aside being the vocalist of Spiral Grave, he was the singer and lyricist for Doom icons Iron Man from 2010 until the passing of founding member Alfred Morris III in 2018, appearing on two of their EPs and the critically acclaimed 2013 LP South of the Earth. Calhoun released two critically acclaimed solo-albums to date, his new album Godless will be available on July 10th via Argonauta Records, with a pre-sale and more tunes to be unleashed in the weeks ahead. 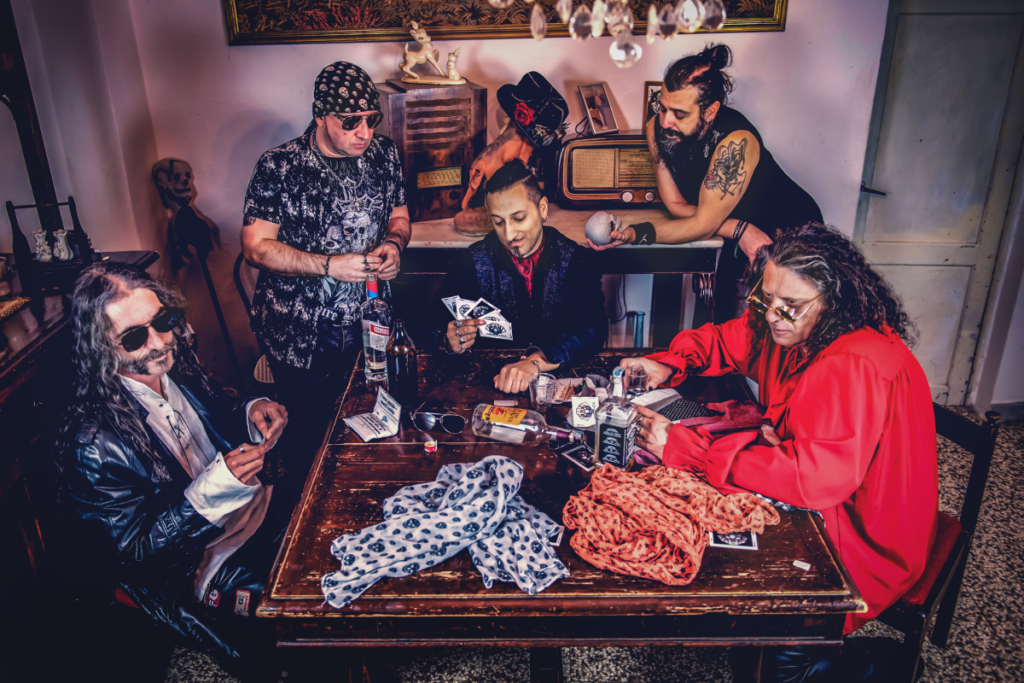